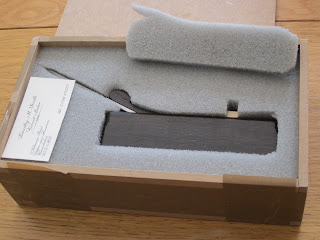 On my recent visit to David Stanley auctions I met Tim Smith a fine cabinet maker and budding plane maker. I ordered one of his fine little mitre planes which arrived yesterday, the packaging reflects his attention to detail. 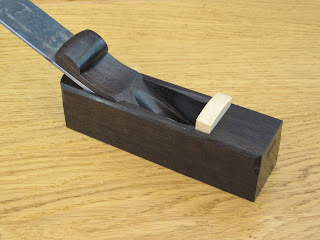 Although styled on a traditional mitre he has added some little touches of his own. 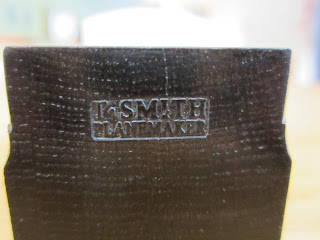 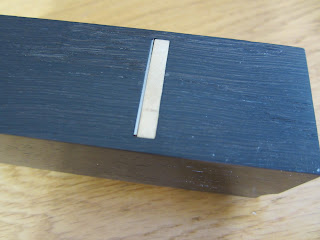 The holly mouth closer has been set extremely fine . 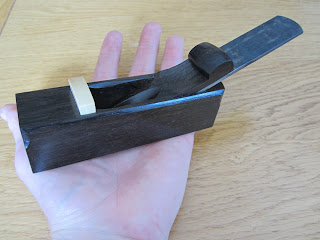 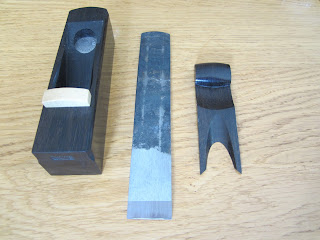 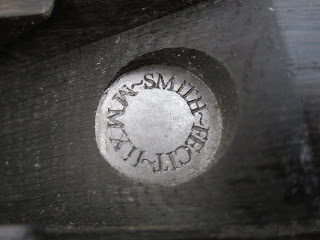 Removing the blade revealed an additional inset mark which is another nice touch. Although I studied Latin at school I wasn't very good and it was a long time ago! My son helped out,'made by Smith 2012'. 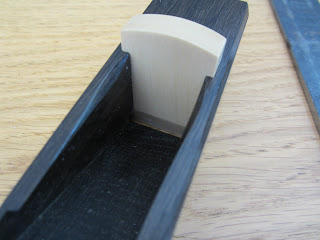 A shot of the tapered holly mouth closer. 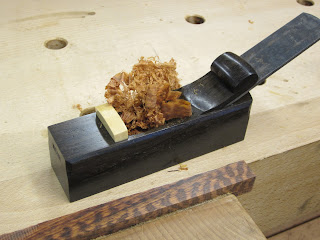 The cast steel blade was immaculately prepared and it was no surprise that it performed superbly. I think you'll be seeing more of plane maker Tim Smith.
Posted by David Barron at 13:39