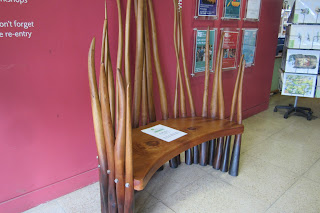 I was invited by famous furniture Philip Koomen http://www.philipkoomen.co.uk/ to a guided show of his 4 month exhibition at the River Rowing Museum in Henley on Thames. Sadly this fine show has now come to an end, ours was the last visit. 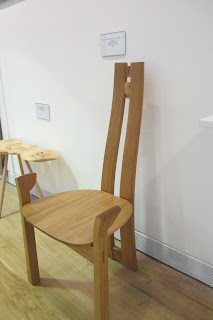 It was bigger than I imagined and must have taken some arranging and setting up. The photos here are a fraction of what was on display. 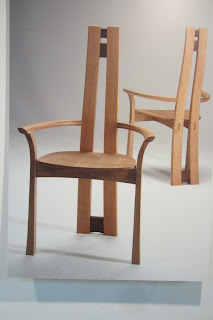 There were some classic Koomen designs and although he makes furniture costing large sums, Philip has also stayed in touch with more ordinary folk, with a range of very affordable pieces. Here are some fine examples of working with the wood rather than making the wood fit the design. 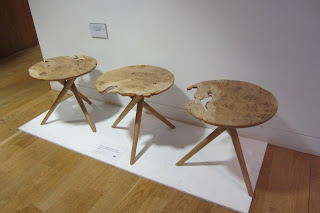 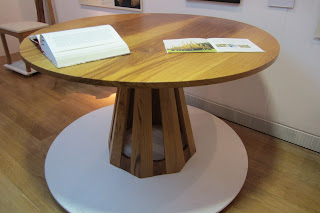 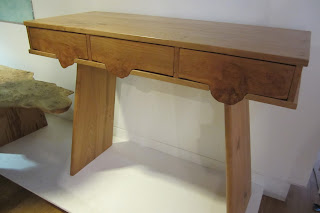 He also had at the show a number of ideas still in the embryonic stage, which was interesting in itself, but also gave a glimpse into the designer mind, fascinating! 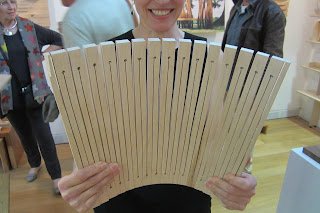 Band sawing wood to allows for a double curvature, ably demonstrated by Susan. 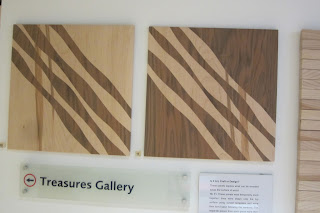 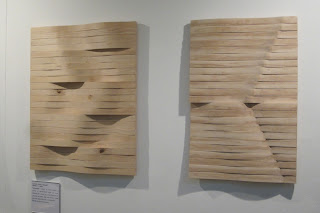 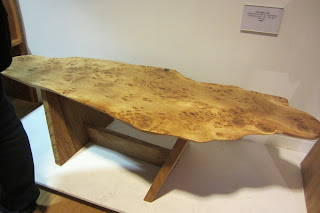 I had a great day out with a nice lunch afterwards in the sunshine. 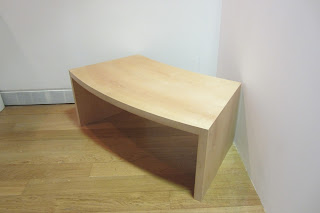