Restoring a Norris A49 Smoother 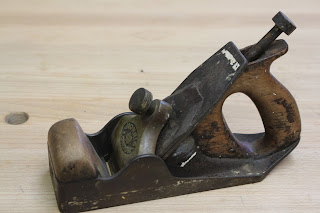 I've had this plane for a while now and although it's in a sorry state there was no damage and all the parts are original. The A48 and A49 were only produced for a short time and are quite rare, so it was well worth properly restoring. 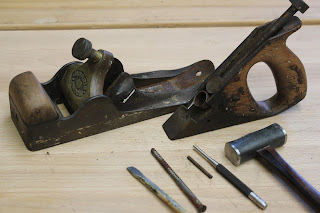 The rear came out easily after removing the cross pin and the screw in the base of the handle.
The front bun, shown below, is held by a single screw and was bedded using plaster of Paris, which saved time in fitting. This was after all a budget model to the A6. 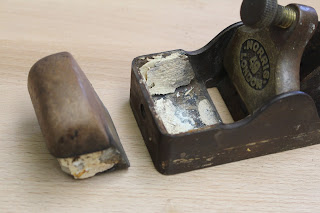 The blade had the TN mark which is thought to show Thomas Norris made this plane, personally. 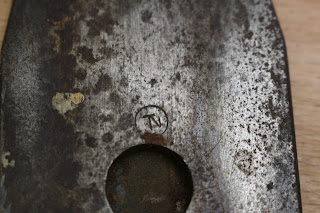 The mahogany handles had long since lost their original staining and lacquer and were looking very anaemic. 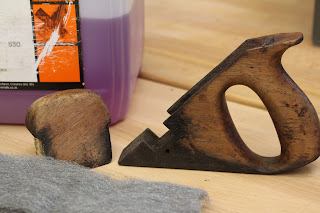 With the handle removed it was very interesting to see the number 49 had actually been cast into the plane body and also that it had been stamped 8. Further inspection and cleaning of the blade also revealed an 8 stamp, confirming the blade to be original. 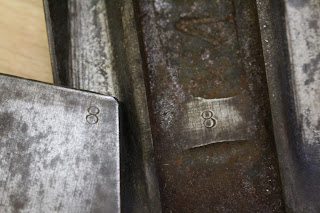 After cleaning the handles with meth's, I decided to use a combination of spirit stains to colour the mahogany and again meth's was used as the solvent. 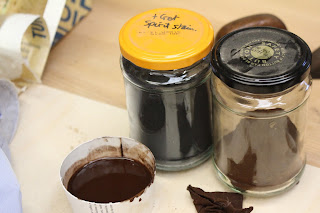 This is a messy business so I used a backer board to protect my bench top. 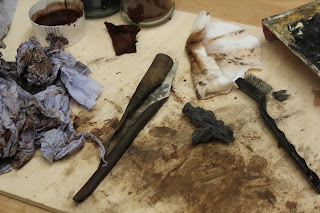 After the desired colour had been achieved I applied a few coats of shellac which I had also tinted with the stain. This was followed by 0000 wire wool and wax to give a smooth natural lustre. 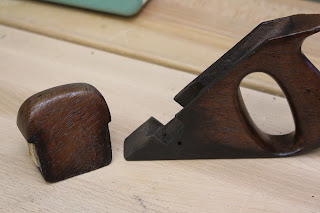 The metal work was abraded using 400 grit wet and dry, again using meth's as the lubricant. With frequent checking the metal can be brought back from dark rust to a nice patinated finish. 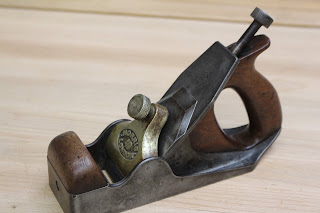 The idea was to bring the plane back to the condition it would have been, if it had been carefully maintained over the last 100 years. I'm not a fan of the 'buffing wheel' look! 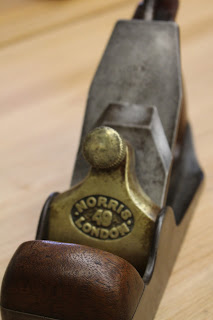 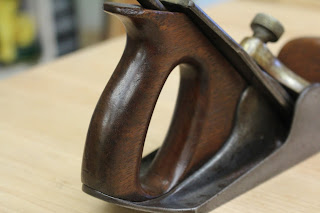