Dovetails on U Tube 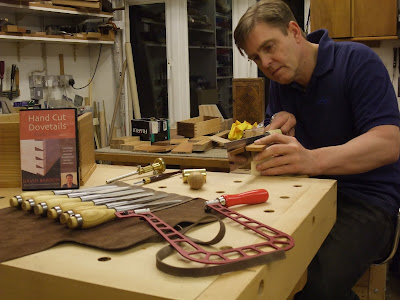 The filming for my third DVD ran into a second day, as we thought it might. So while the cameras were on site we shot a little film for U Tube on hand cut dovetails. It's amazing how a video lasting less than 10 minutes took nearly two hours to shoot! I decided not to join the latest film craze to see who could cut dovetails the fastest but hopefully the little extra time produced a better result. Anyway you can see for yourself in a couple of weeks.