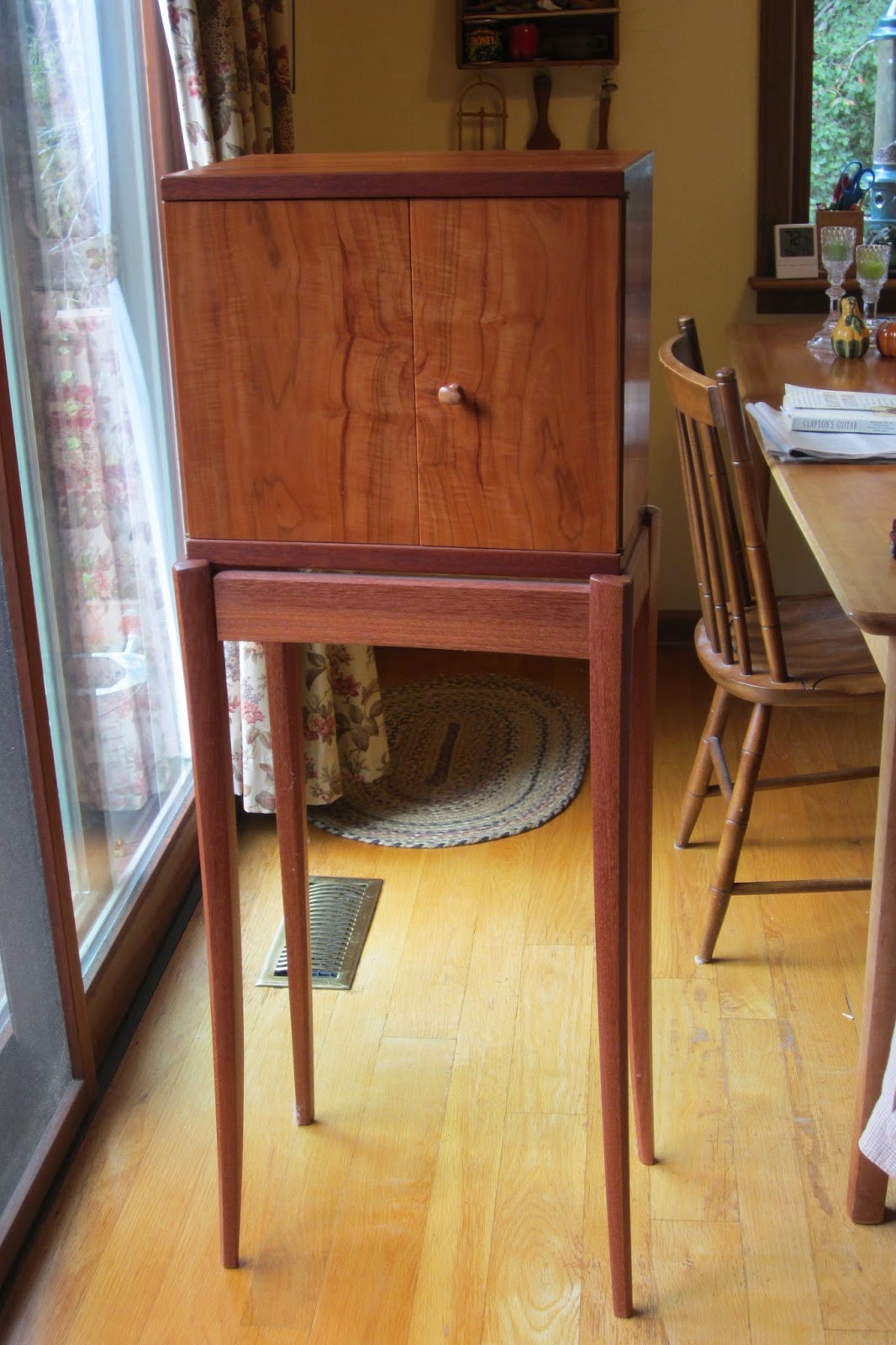 Yesterday we made a 100 mile trip up into the mountains to visit David Finck, highly talented woodworker and author of Making and Mastering Wood Hand Planes, one of the best woodworking books written.
David owns the last cabinet ever made by the late great James Krenov, I never thought I would ever see one of these in the flesh so this was a great privilege.
The scale of his work can be very deceiving, so the shot below next to David gives you some idea. 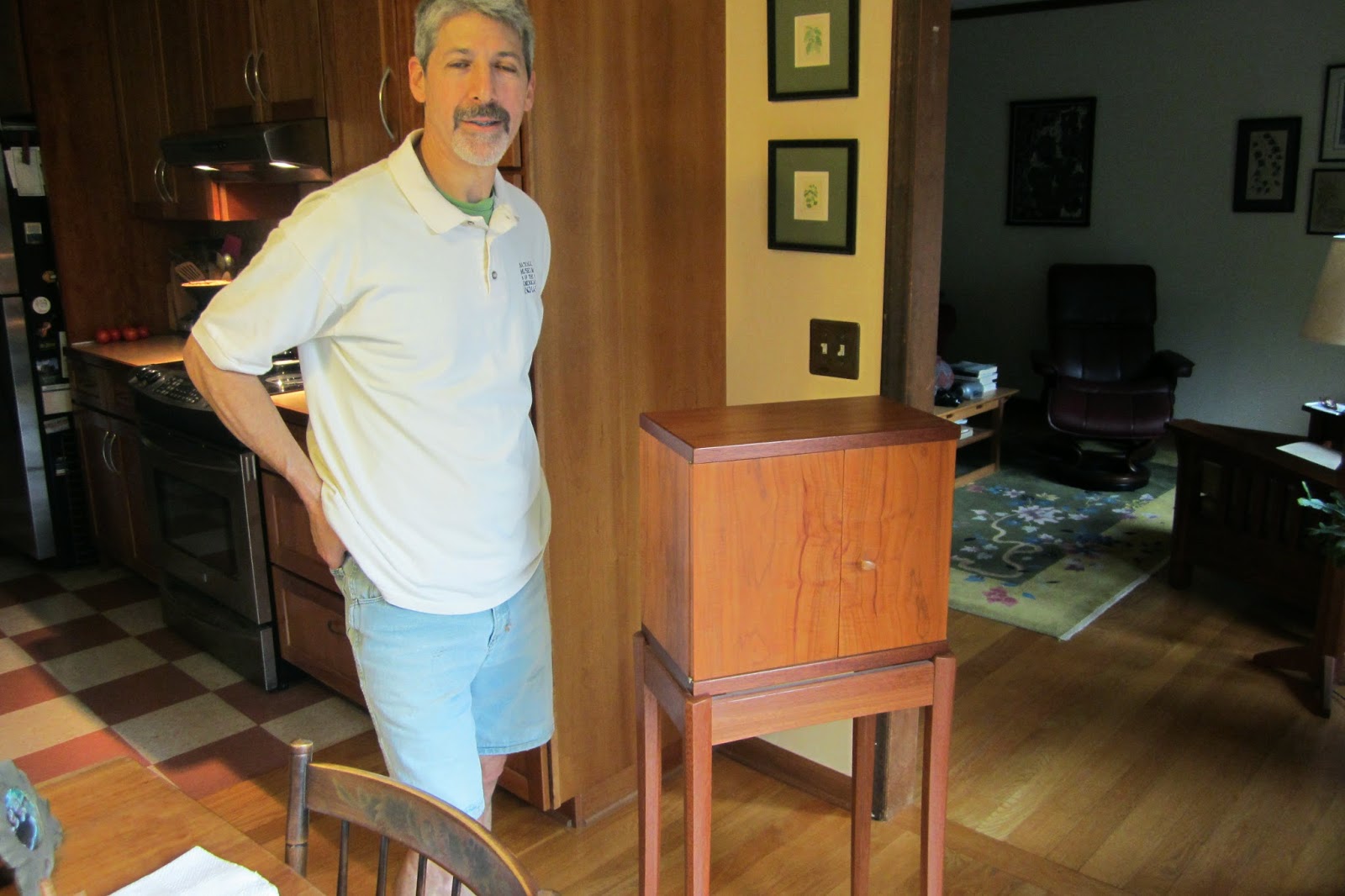 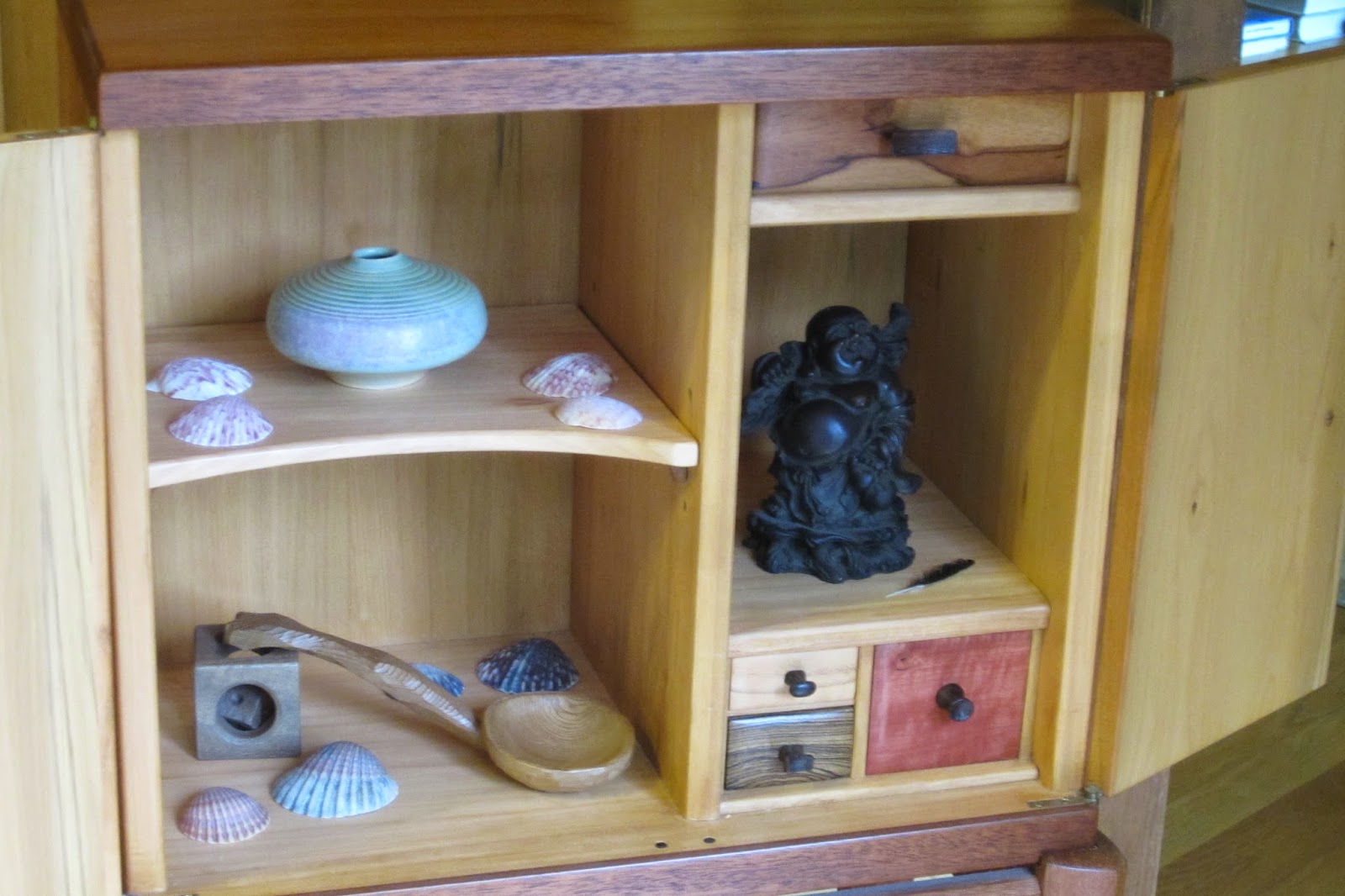 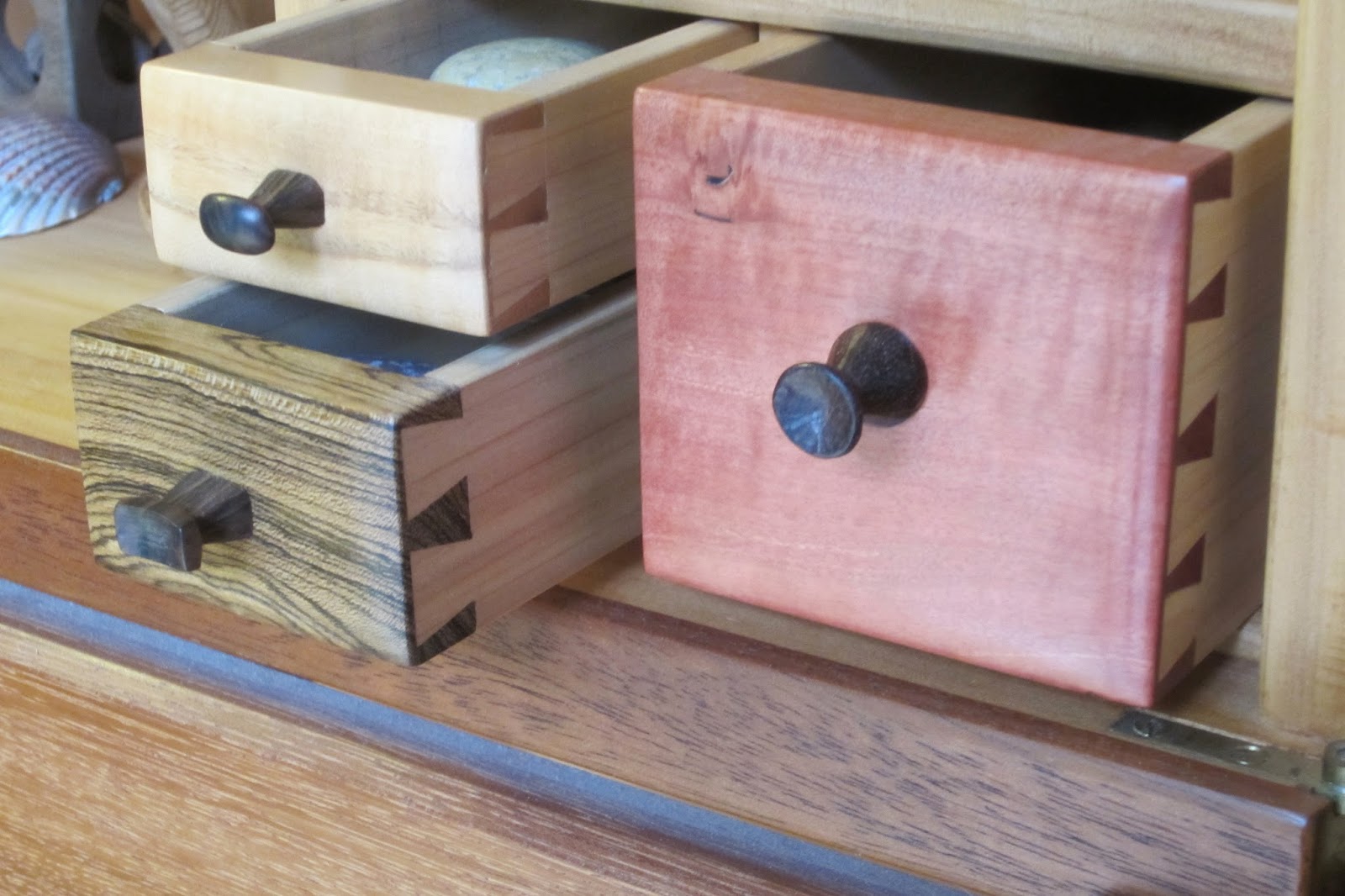 With James Krenov's eyesight failing, he was unable to make the base and this came down to David to complete. His training at the College of the Redwoods and his many years cabinetmaking showed in the result which was delicately designed and crafted. He used doussie, one of Krenov's favourites, better known in the UK as Afzelia. 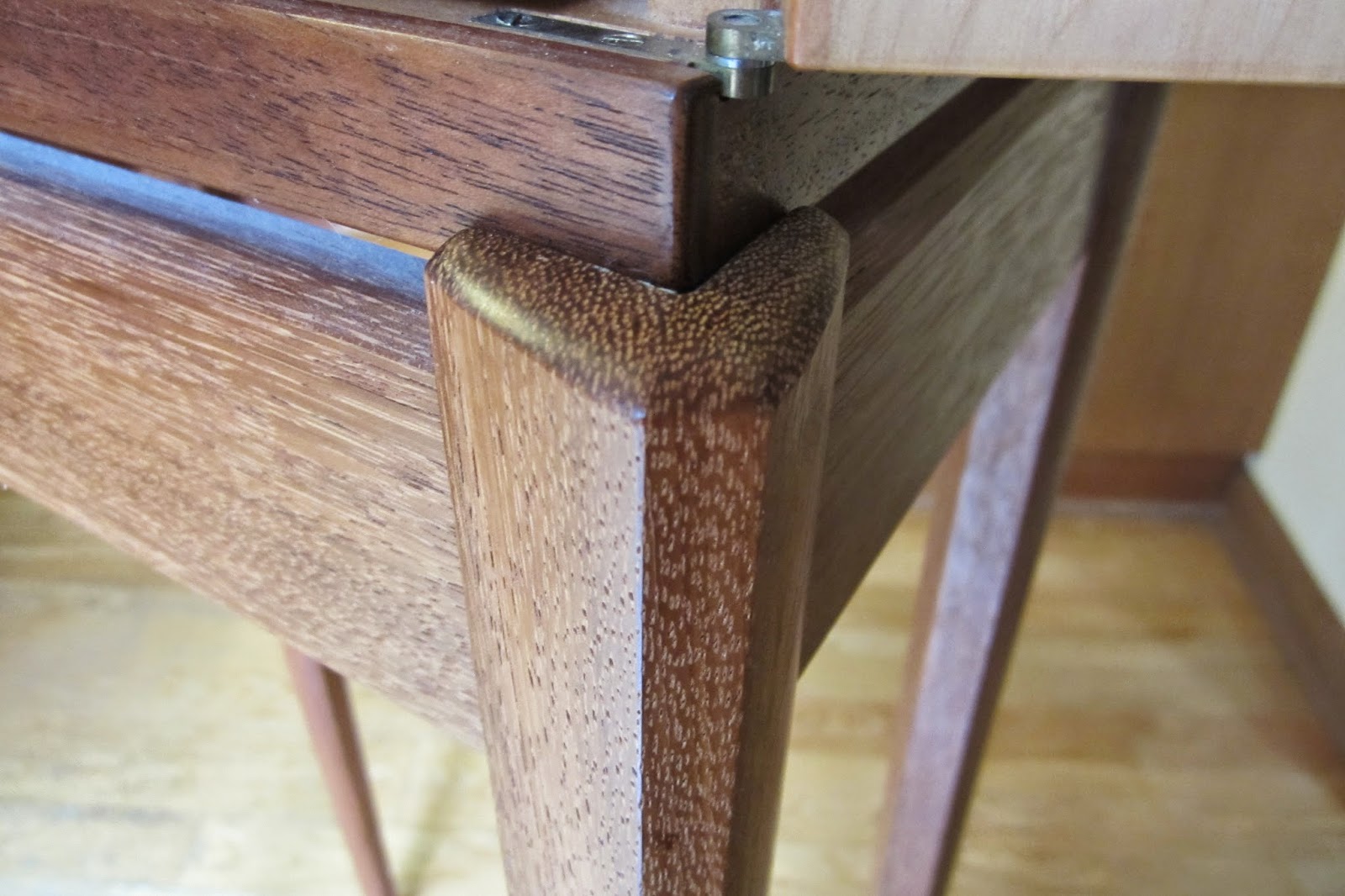 After a very nice home made lunch we descended to his basement workshop where I recognised many shots from his book including this fine old band saw from the 1930's. It weighs a ton and was built like a battleship. Not surprisingly it works very well, makes my Startrite look like a toy! 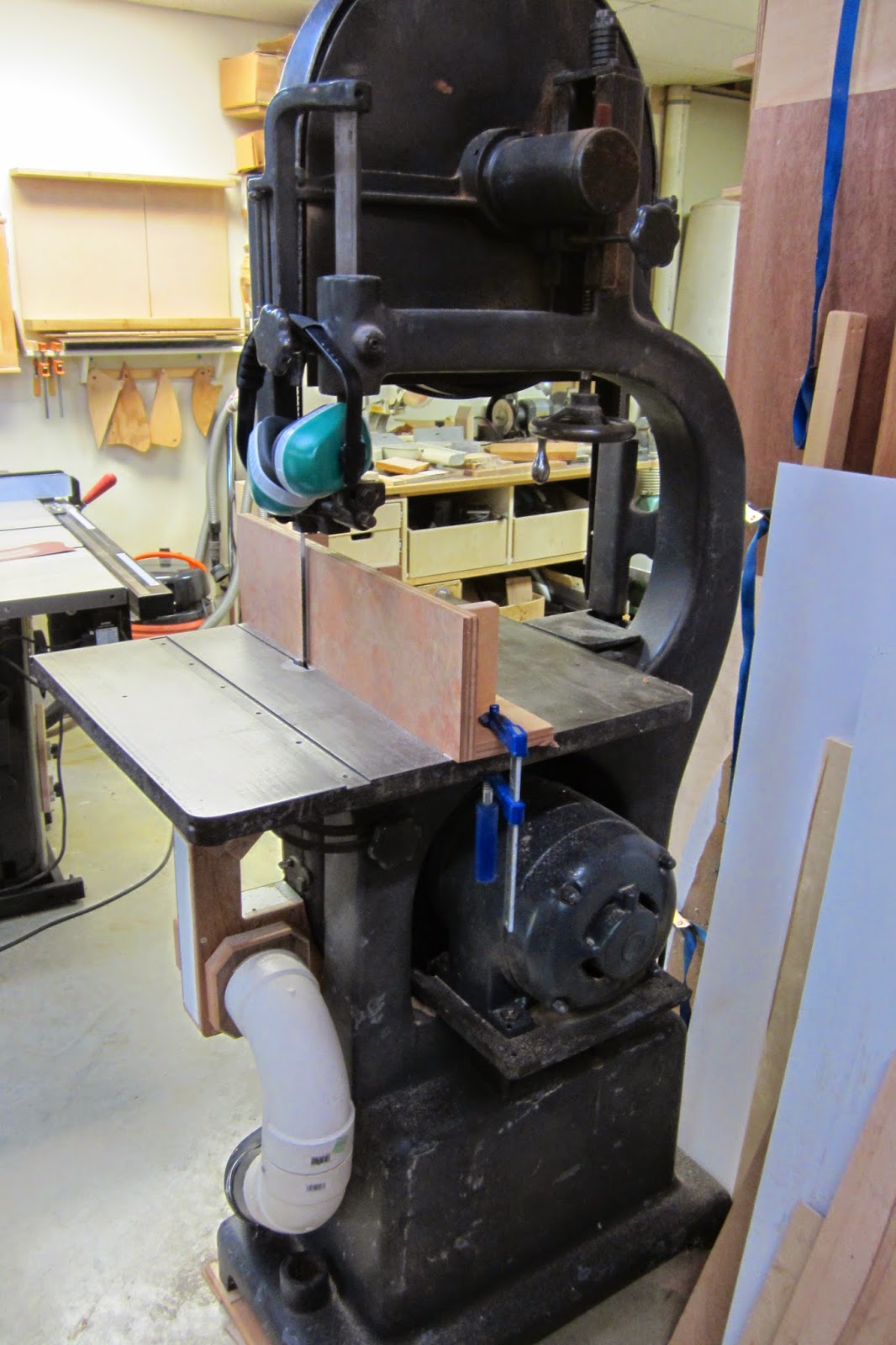 Whenever I see a workshop with no free wallspace I know it's a serious place. 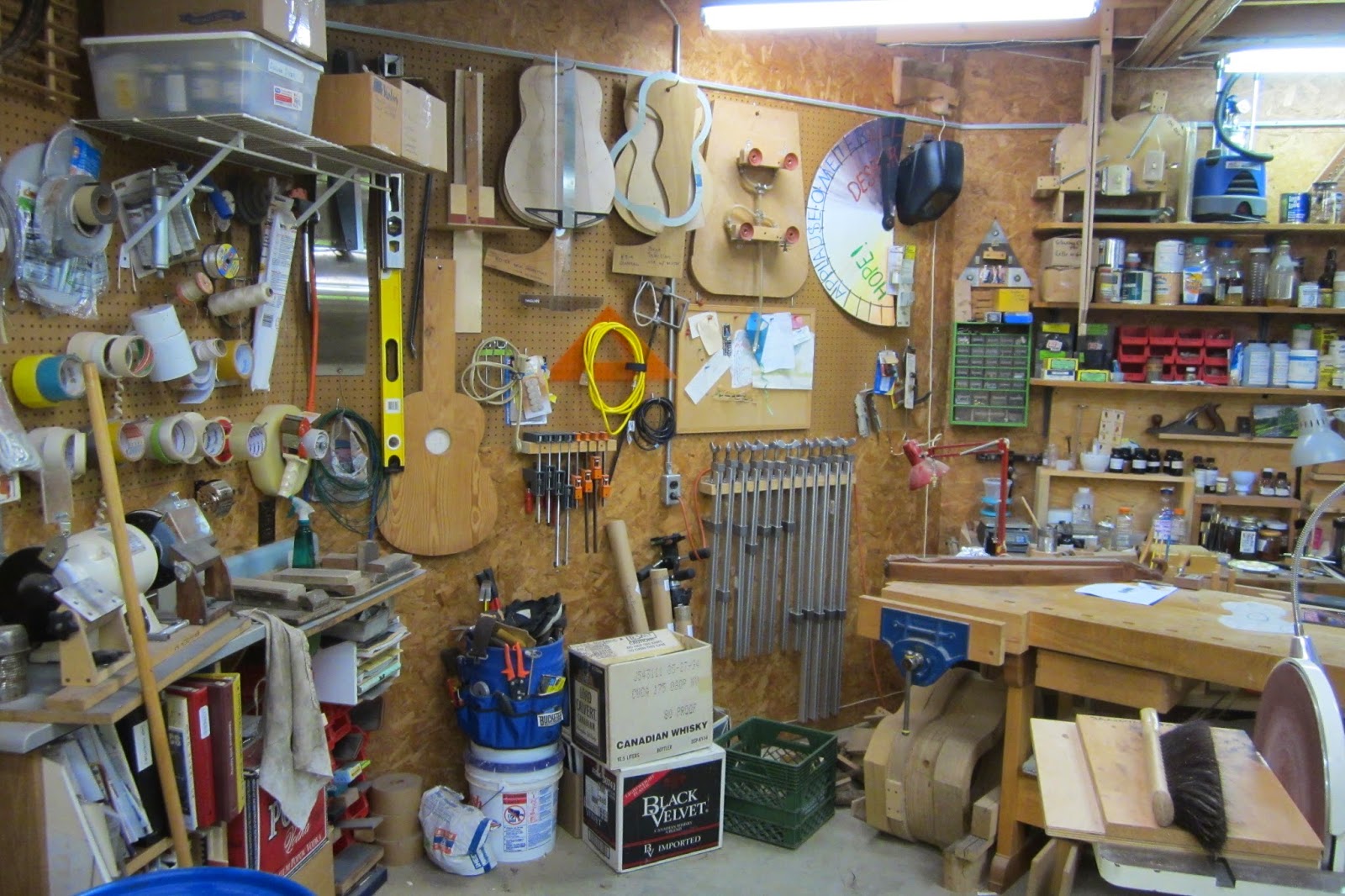 David has recently turned his skilled hand to violin making and was leaving for a show the next day. I hope it goes well. 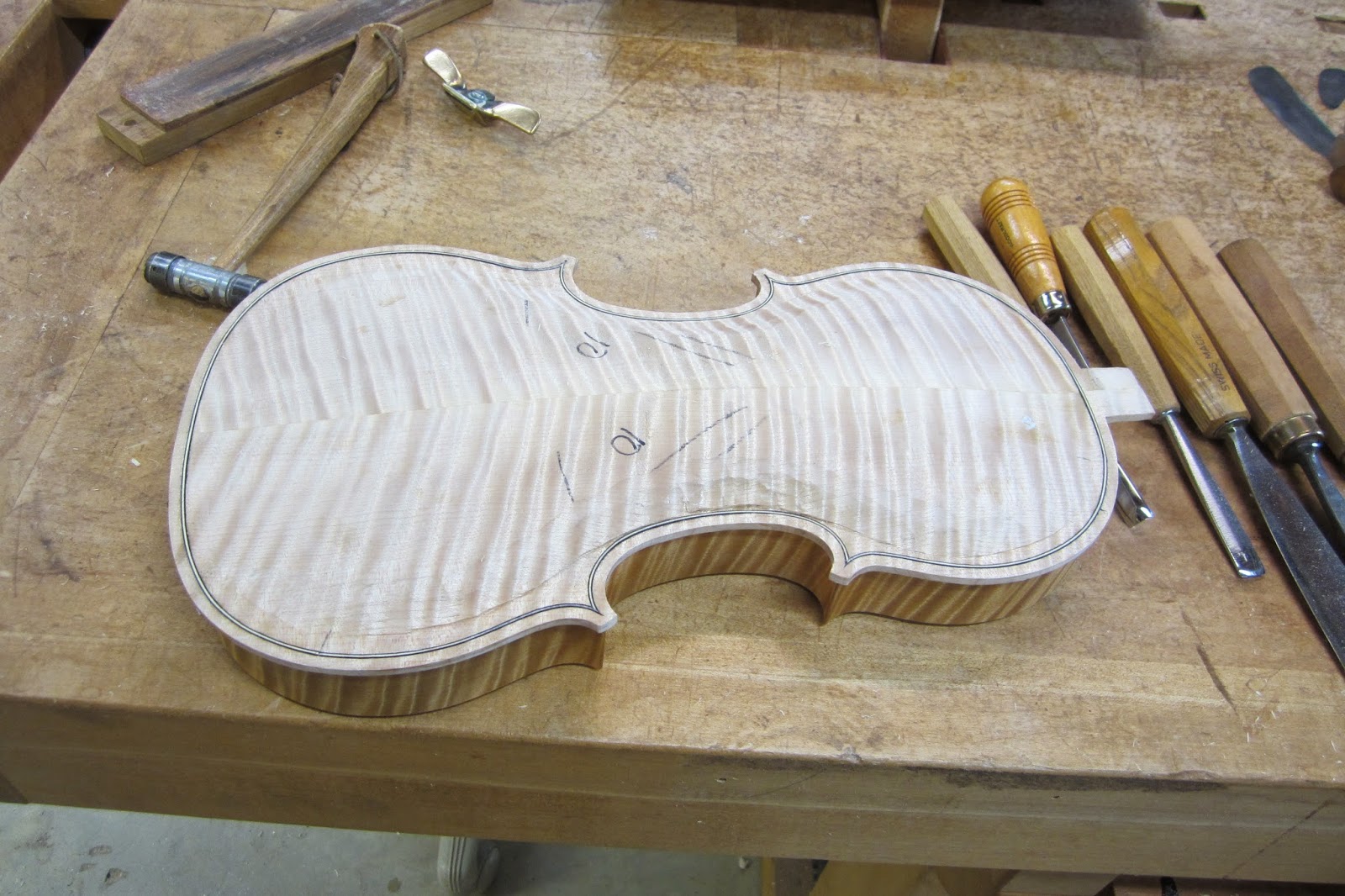 I'll leave this post with an iconic shot from the book showing his rack of krenov style hand planes, made for a multitude of tasks. The plane on the bottom left made from Cocobolo is my favourite and was made while David was at the College of the Redwoods.
I'm very grateful for the hospitality shown by David and his wife Marie, this alone made the trip to the US worthwhile. 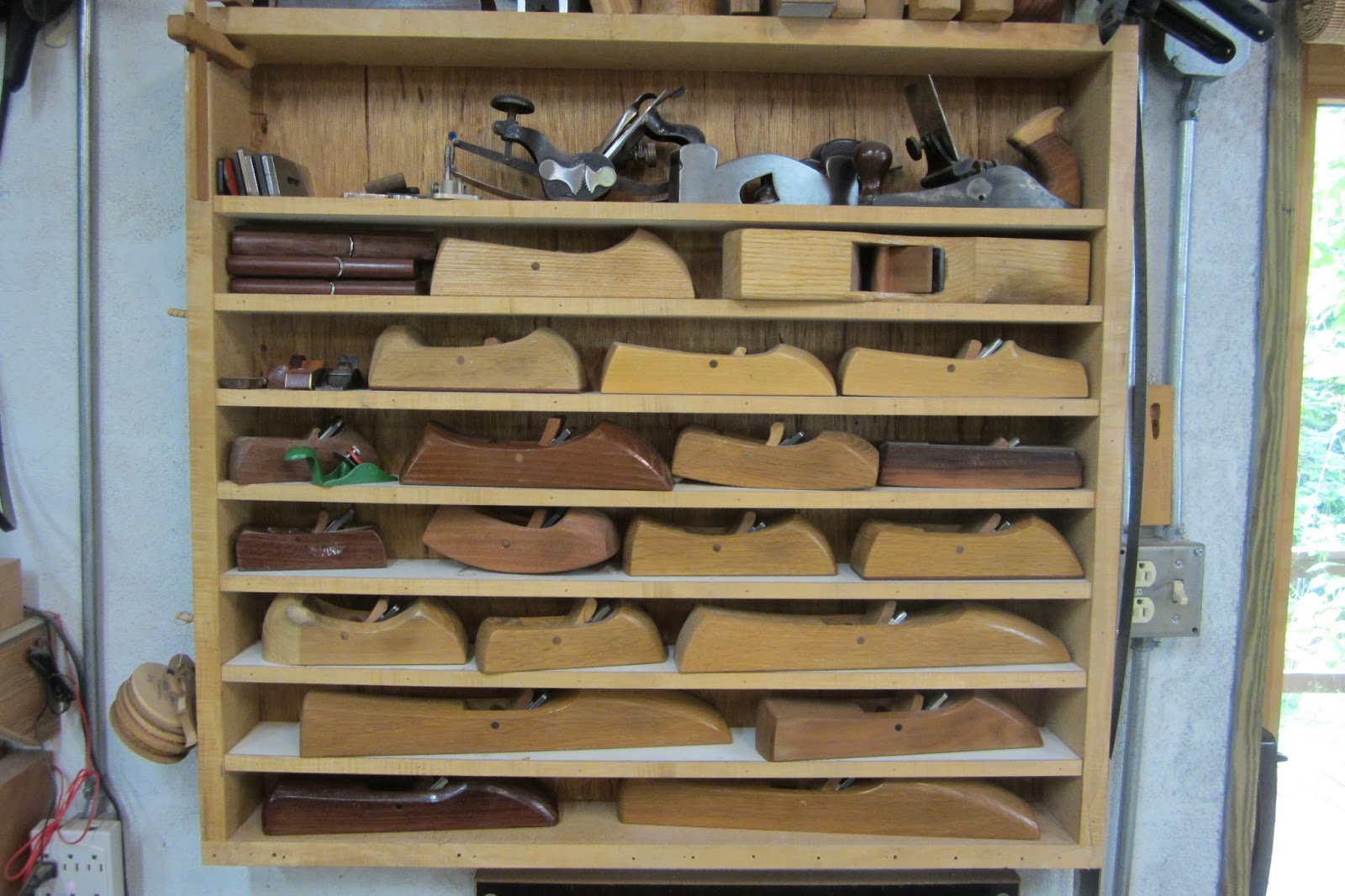