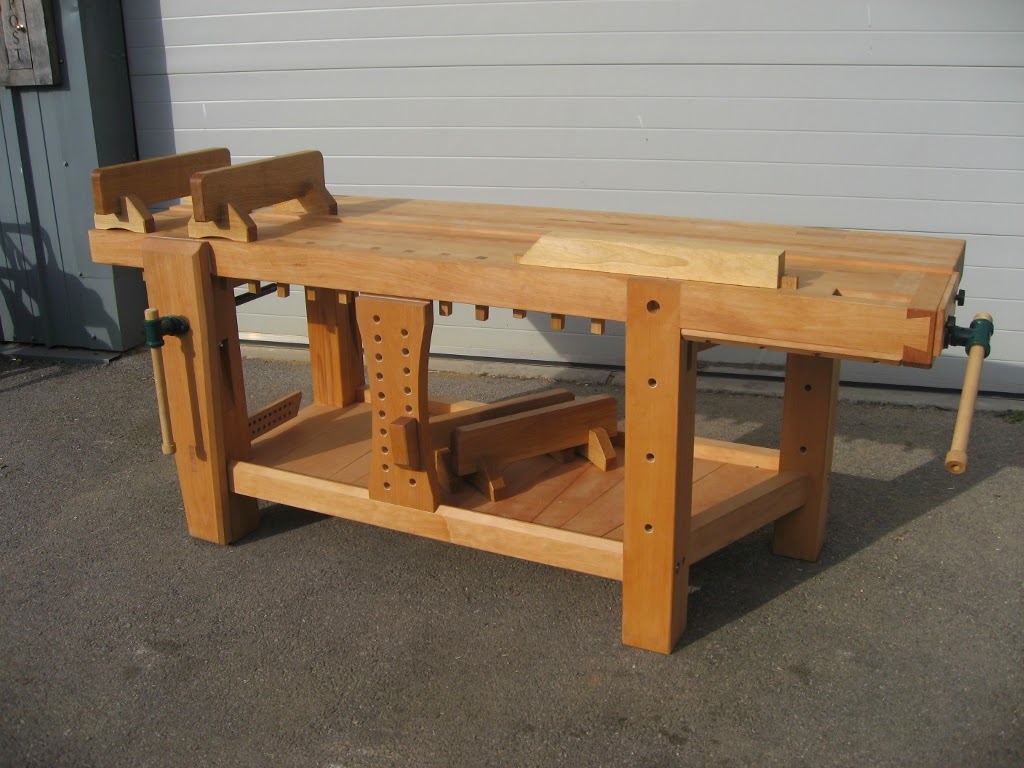 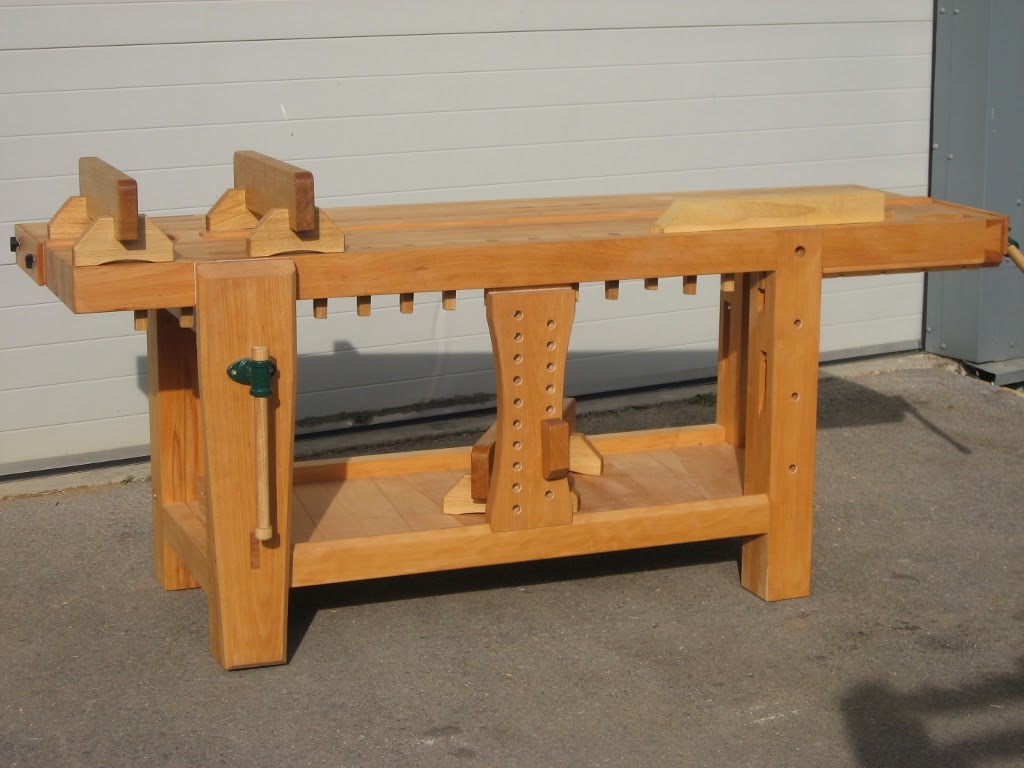 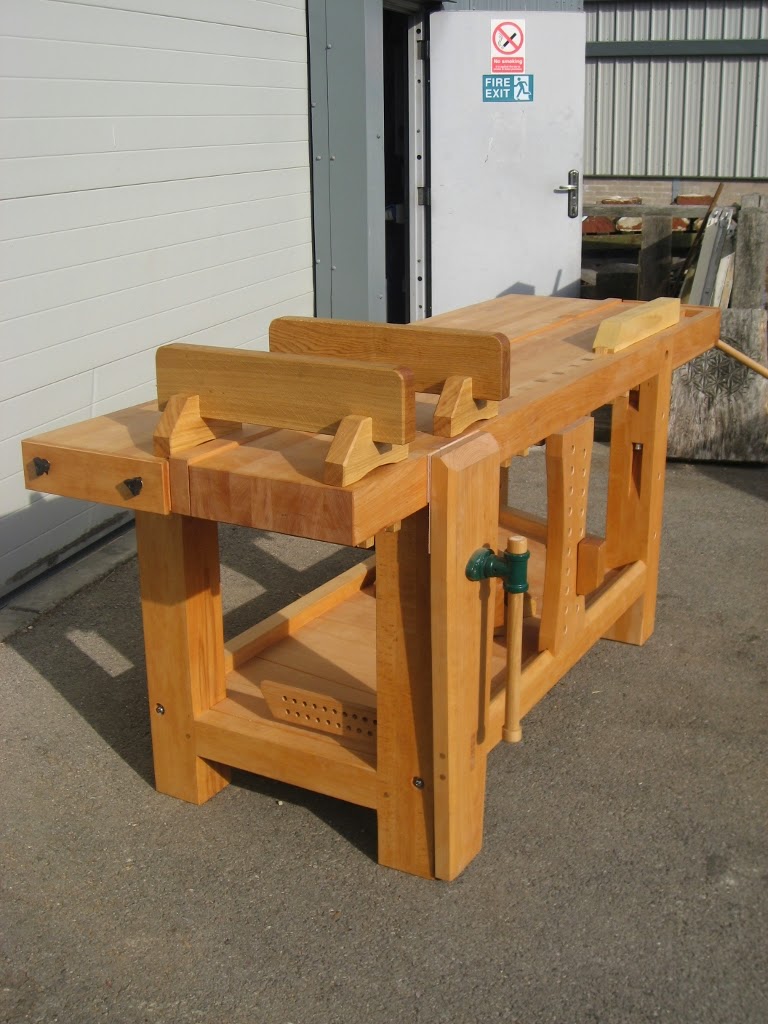 The Japanese style sawhorses are used for more intricate work.
Both vice screws are standard ones from Veritas.
The top was attached with a tenon and a 1:8 dovetail on the outside, although Ben said this was barely visible and he would use a 1:6 or 1:4 next time. I used 1:1 on mine ie 45 degrees. 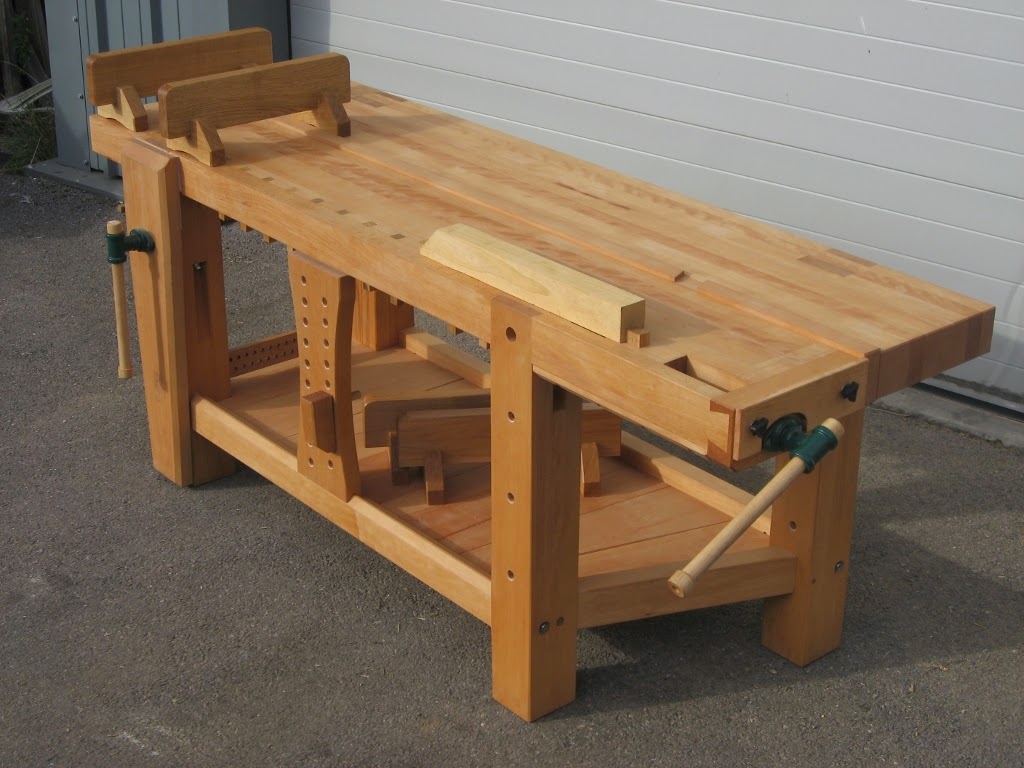 You'll notice the back leg was angled in order to provide extra support at the rear for the large overhang. It's a nice touch although he admitted with a massive 4" thick top it probably wasn't necessary. The jaws were padded on both sides and the vice chop is an elegant understated shape. 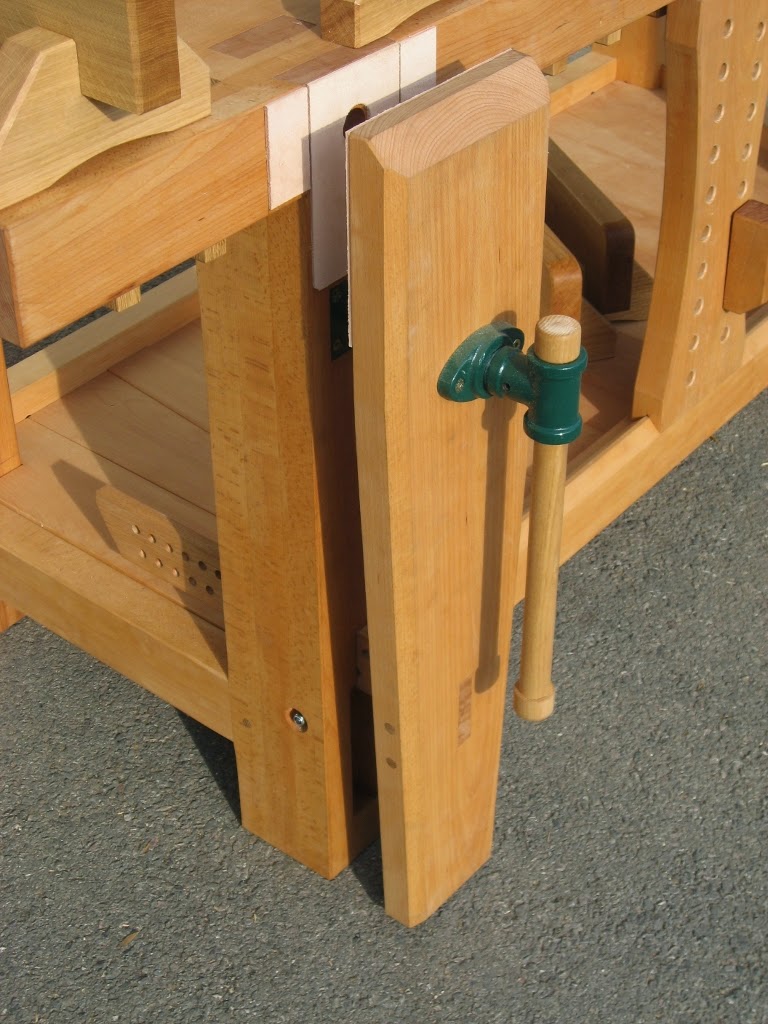 The sliding deadman is equally elegant and slides on an upturned 'V' runner to avoid a shavings trap. 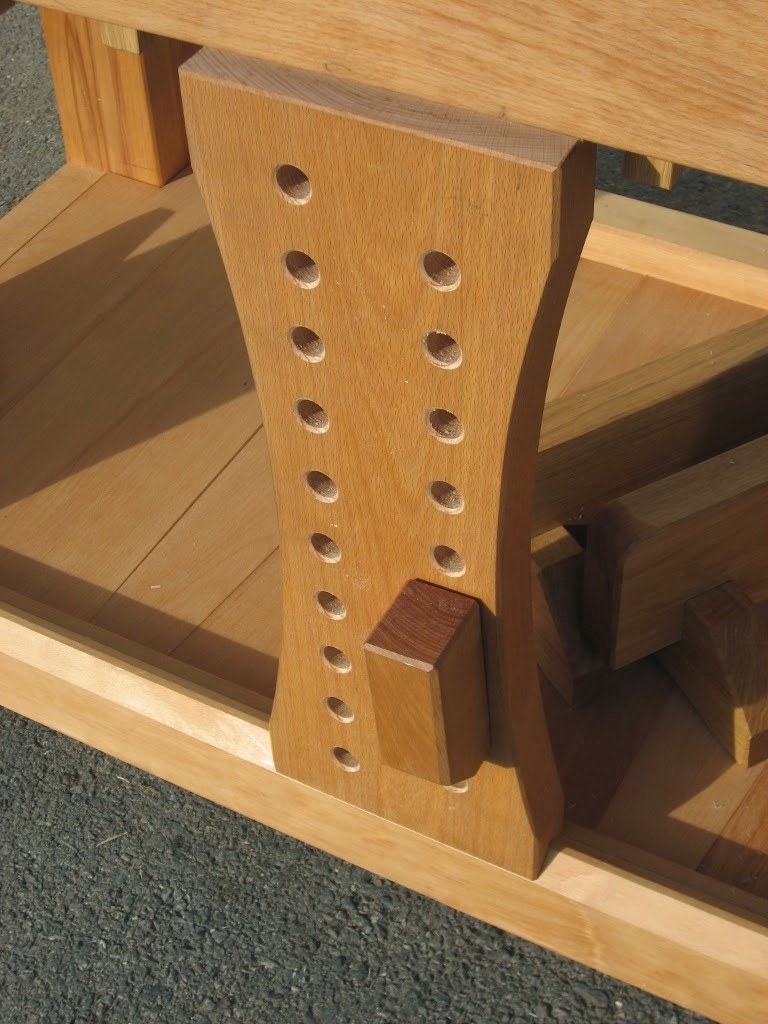 If you don't want to hunt for your dogs, put one in every hole! 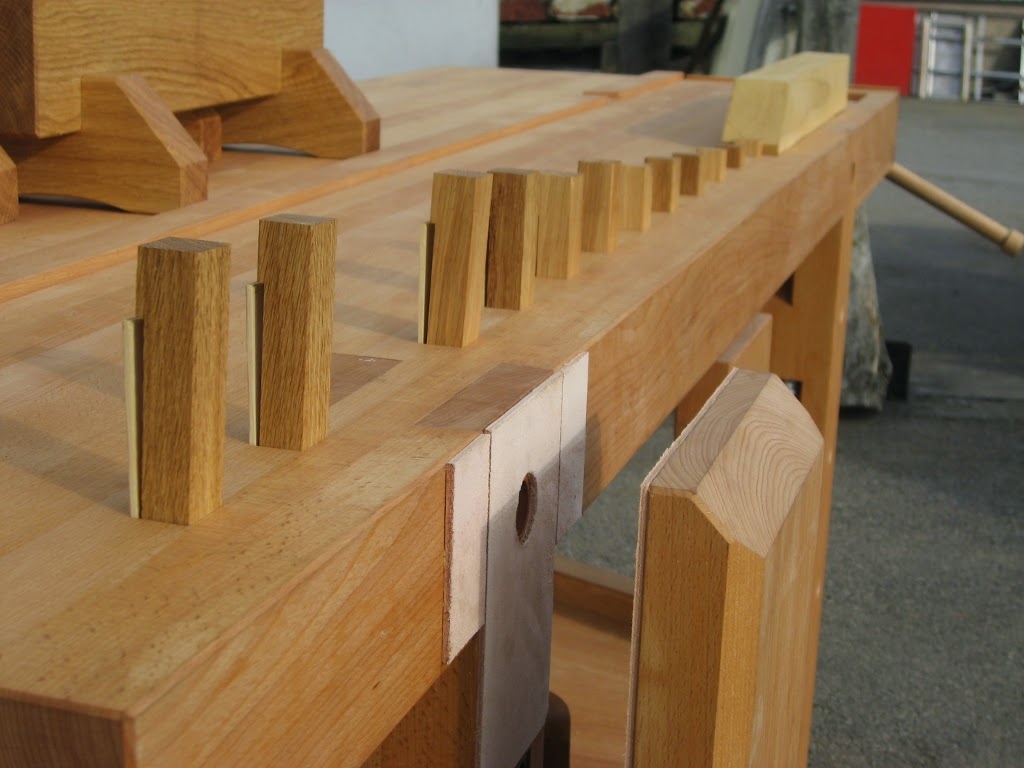 A nicely made tail vice using an inexpensive bench screw. Note the runners are screwed on which makes them accessible should things need adjusting in the future. 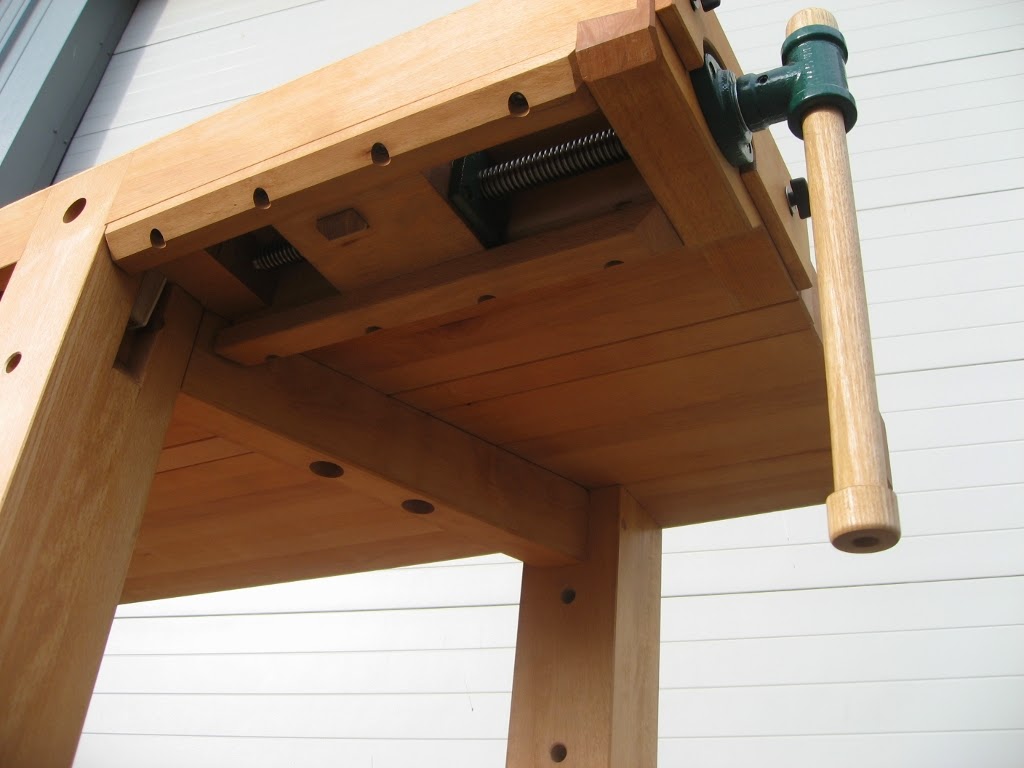 Rising stops were fitted to each end of the bench for planing against, great for both British and Japanese style planes. 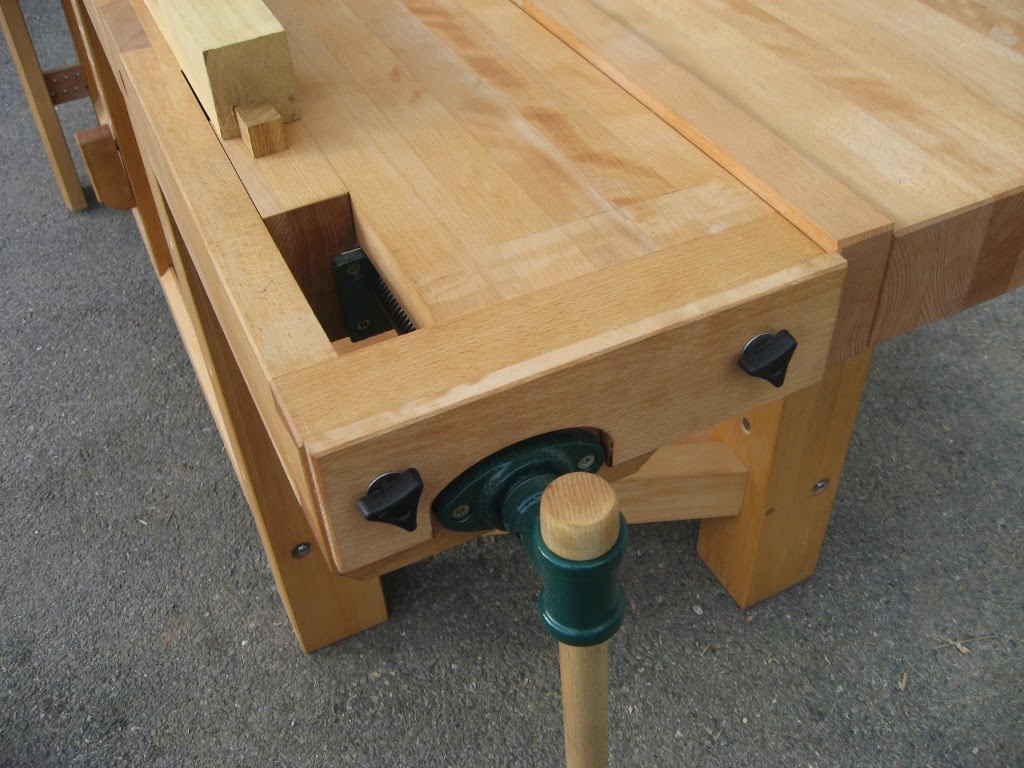 The slats for the undershelf are interesting, one side is at 90 degrees and the other is angled to match the angle of the offset rear leg. With careful measuring and using an odd number of slats the shelf was completed without an odd shaped piece at the end. This was indicative of the thought that went into this fine bench. Thank you Ben for sharing. 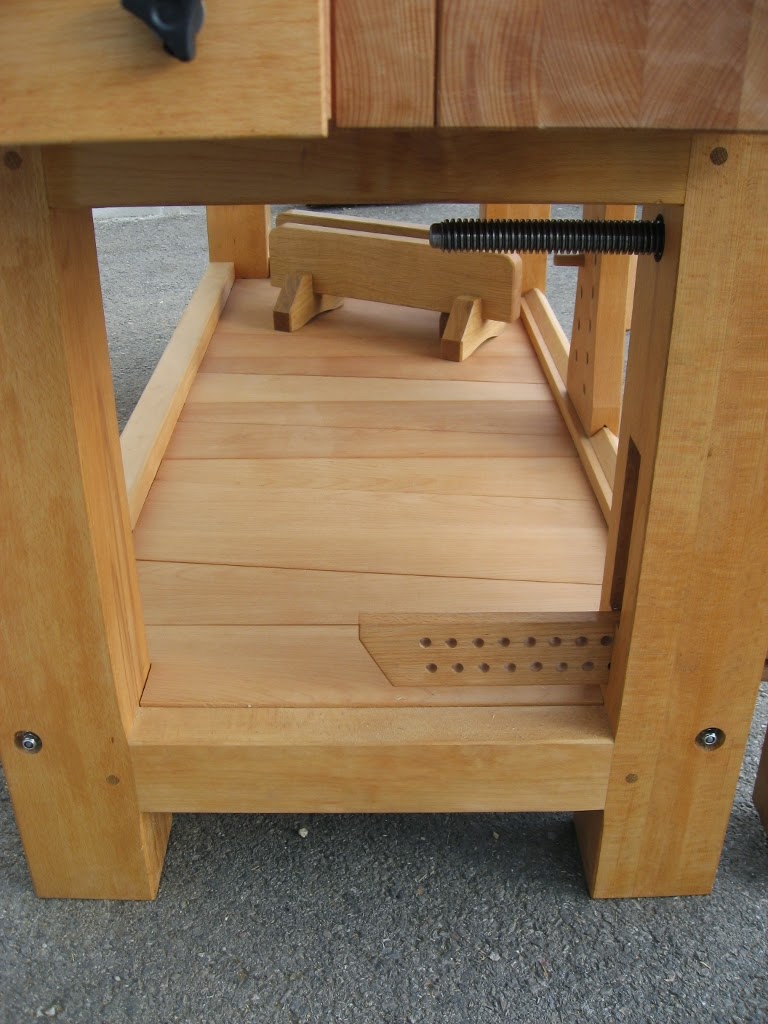