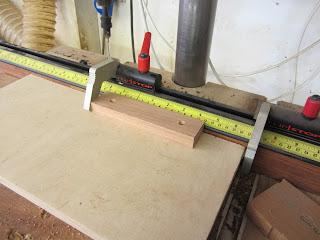 Over the years I've had 2 or three different set up for the drill press, the last was an Axminster table with fence and stops. It was cheap and rubbish, I was being lazy! I've had this system for about 3 years and I should have done it from the start. At the heart is the Flip stop system which costs a fortune but worth every penny http://www.flipstop.com/
It is accurate, robust and works like a dream. You can even hold a piece between two stops and there is no play whatsoever. 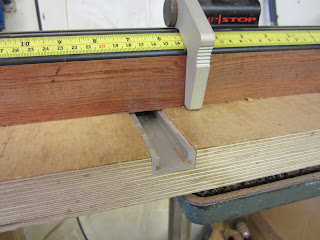 The table was made from 2 pieces of multiply 3/4" and 1/2", instead of routing the groove for the two fence channels I simply cut the top 1/2" board and assembled the top around the grooves. The table measure 40" x 24" and is solid as a rock. 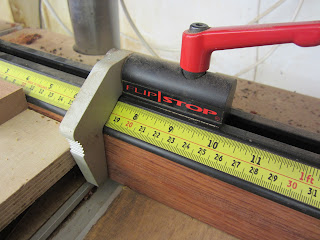 My drill press is an old Free standing Meddings which was bought very cheaply as it was three phase, it is very solid and accurate. It's not the heaviest machine in my workshop but it was of the most awkward to get in. 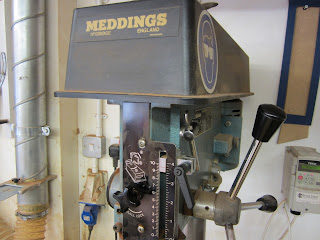 To overcome the lack of three phase I bought a phase converter (or should that inverter?) which cost as much as the drill press but works very well. The nice thing about this is the variable speed control, so much easier than changing belts (who ever does that?!) 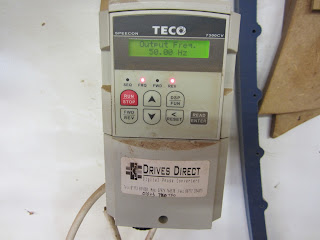