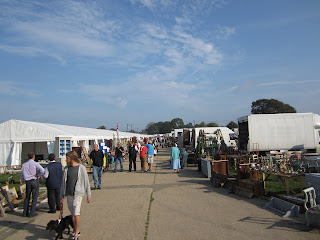 I visited this antiques fair week, you need to be fit it covers approximately 2 square miles and is the biggest show in the South. The pic above was taken on my arrival early in the morning, a little later and it was packed. 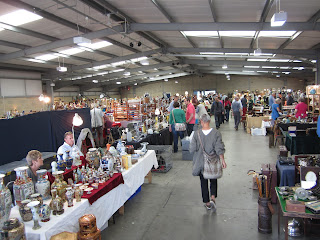 Here's a shot of one of the large indoor halls on the site. 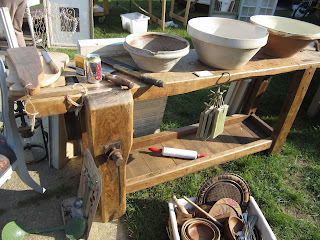 this 19th C work bench from France caught my eye, it had a single slab top and was still in working order, he was asking £450. 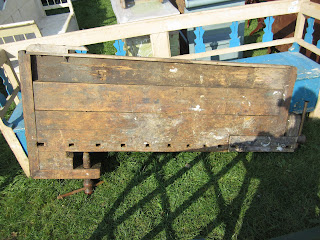 Here was another old English bench in bits needing some real TLC! 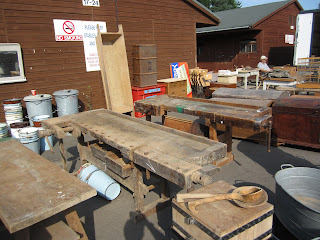 These two benches were a bargain but had already been sold for £150 each, the one with the shoulder vice was particularly nice. They came from France with a French man! He was obviously pricing his wears to go back empty. 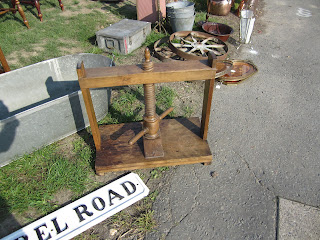 A fine wooden book or nipping press had a beautiful and fully functioning wooden screw. 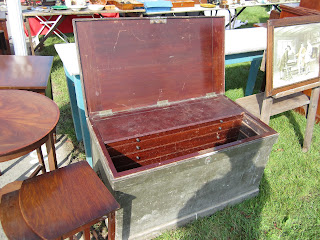 A nice mahogany tool box with fully fitted interior was priced at £150. 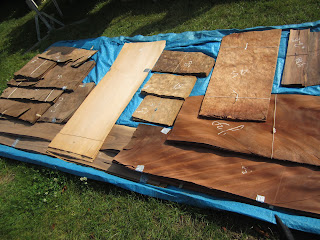 It was a hot morning and I raised an eyebrow at leaving all these veneers exposed to the direct sunlight. I saw a number of people wandering around with bundles so I guess they weren't coming to too much harm!
I had hoped to see the usual 2 or 3 specialist tool suppliers but they weren't there this year, which was a shame but it probably saved me some money!
Posted by David Barron at 09:38