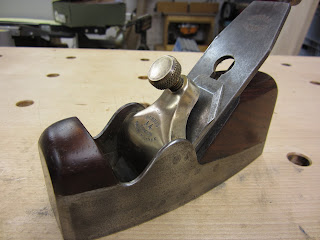 I recently bought a rare Norris A4 smoother from a friend. Sorry I didn't take any 'before' photos but it was in need of a tidy up with surface rust and stained lever cap. The wood also needed complete re finishing as the original  lacquer had been badly scratched and scuffed. 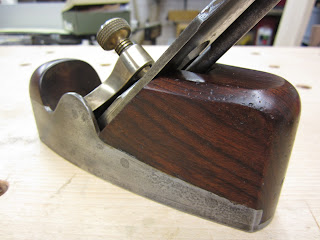 I was very pleased with the way it came up, which was good because I paid a bit more than I wanted to.
Sanding off the lacquer left the wood looking too 'new', so I had to distress it to bring back the appearance of 100 years of use. Equally the metal needed toning down with gun blue after the rust removal. The brass ended up a little brighter than I would have liked but this will also tone down after a few months.
I'm looking forward to the David Stanley international tool auction next week. 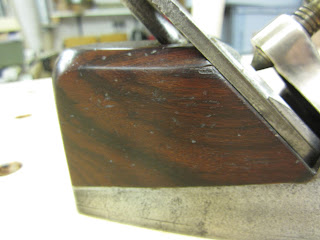